I think the world's automobile manufactures are all but completely incompetent and irresponsibly bad stewards.

Speaking, almost, on a purely exterior design point of view, I think the worlds automobile manufactures are all but completely incompetent and irresponsibly bad stewards.  Since 1972, there are almost no  cars (NONE!) that are worthy of desire.  Go to any car show these days and there will be no cars from the 70s, 80s, 90s, 00s (that are not brand new cars being pawned off from local dealers).  Every car, in every type of car show today (and ever since, for the last 50 years!!!) will be from the year 1972 or older.  That's right!  Ever since about 1972, every single car made is almost compete trash, aesthetically speaking.  Nothing made today is worthy of desire of anything else other than pure-applieancedom.  Then, with the added electronic "connectivity/entertainment" systems, they are relegated to almost 100% disposable, relics of wanton gluttony.

To be fair, lets compare some current GM concepts with what they are actually manufacturing (because, disapointingly, nothing today, compares with the great cars from the 40s, 50s and 60s).

First, lets gaze upon some of their recent concepts (to give credit to their actual designers who seem to have. at least, a half-brain amongst them somewhere), that are actually worthy of desire.  These concepts are so beautiful that I can only wonder that GM is so weighed-down with corruption and idiocy that they never produced them (I'll never believe that, one of the most powerful manufacturers on the planet, GM, is not able to manufacture a beautiful car (of every segment) that is not only worthy of desire, but is also reliable and able to deliver relative performance and affordability). 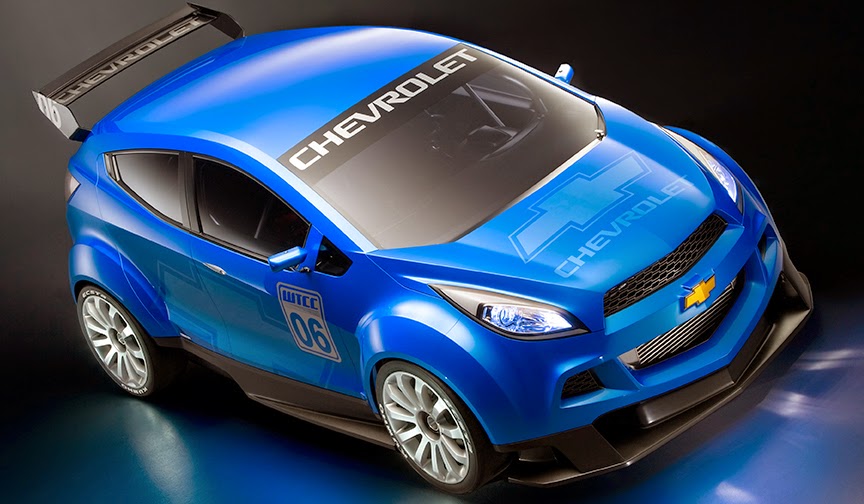 Look at this!  It's the 2006 Chevrolet WTCC Ultra concept.  This thing is one of the most beautiful modern-day concepts I have ever seen!  WHERE IS IT? 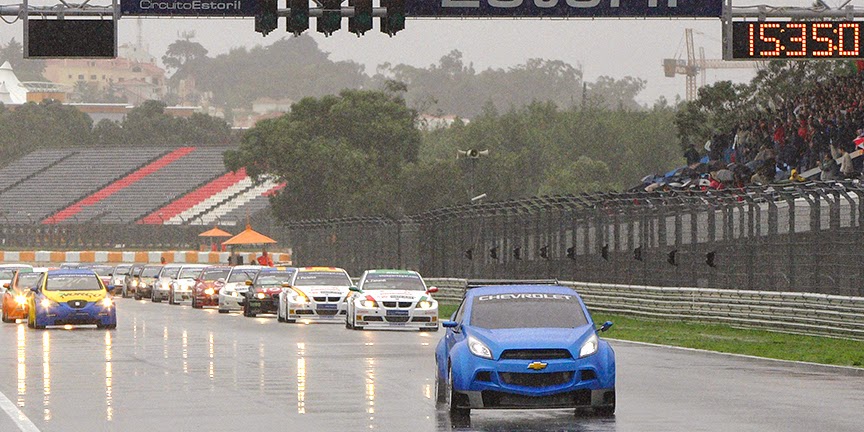 Chevy was so gung-ho about the WTCC Ultra that they even made a working, race-car variant and raced it! 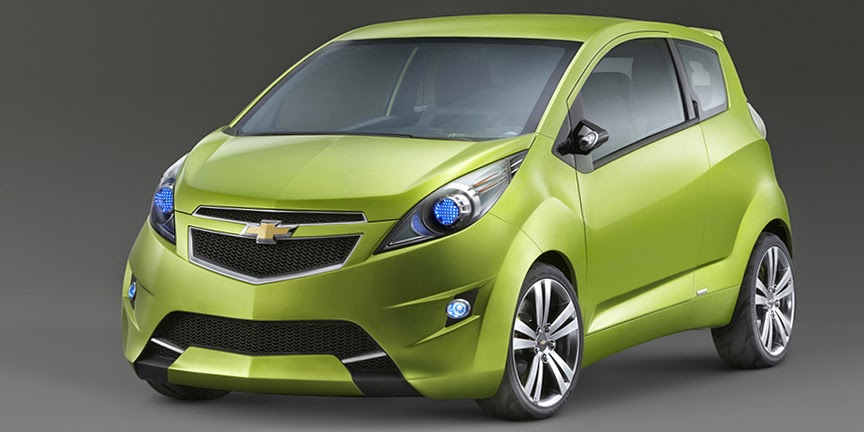 Here is the 2007 Chevrolet Beat concept.  It's a fantastic, little B-segment grocery-getter!  The proportions, details and the entire gestalt are almost perfect!  It's a miniaturized version of the WTCC Ultra. 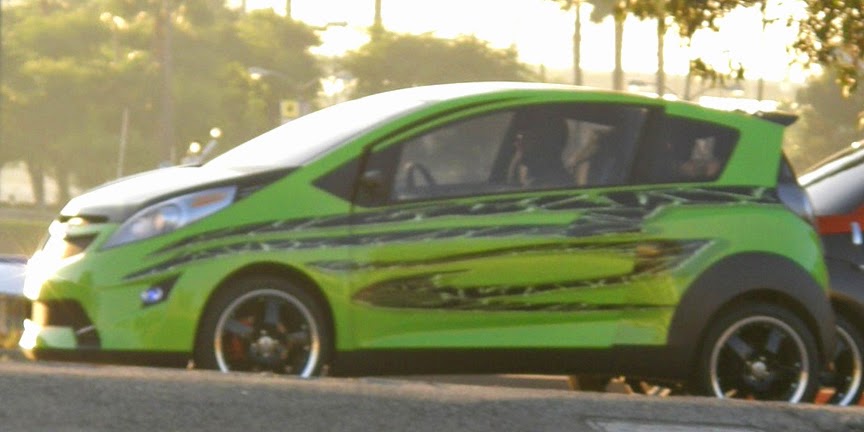 The Beat concept is so cool looking that it was included in the 2009 Transformer movie as the Transformer named Skids! 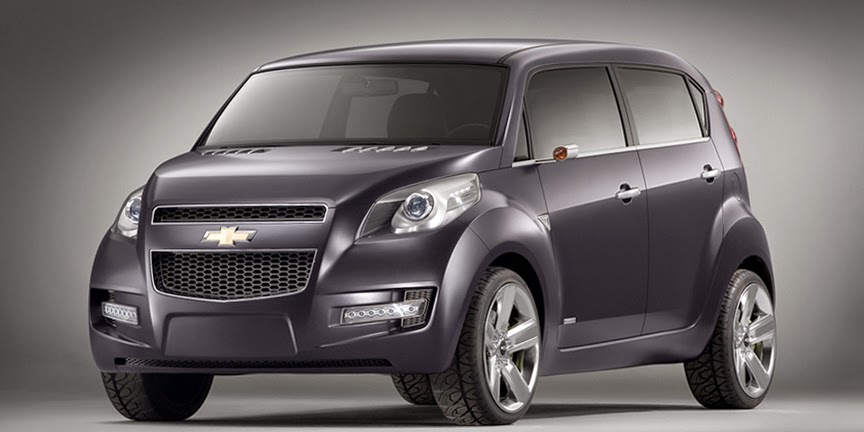 This a companion car to the Beat.  It's the 2007 Chevrolet Groove, a beautifully created mini-box car.  It's seriously cool! 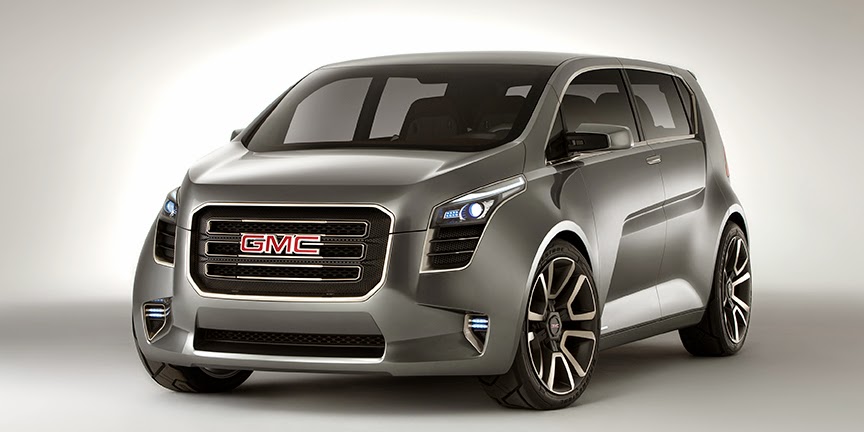 The 2010 GMC Granite.  This is one of the most beautiful and industrial looking mini-untility vehicles ever.  GM announced, at least twice, that they were going to production with it.  It was canceled twice, as well.  Who knows why, they would never produce such a beautiful, potentially block-busting concept as this. At one point they even toyed with the idea of making it a dastardly Cadillac. 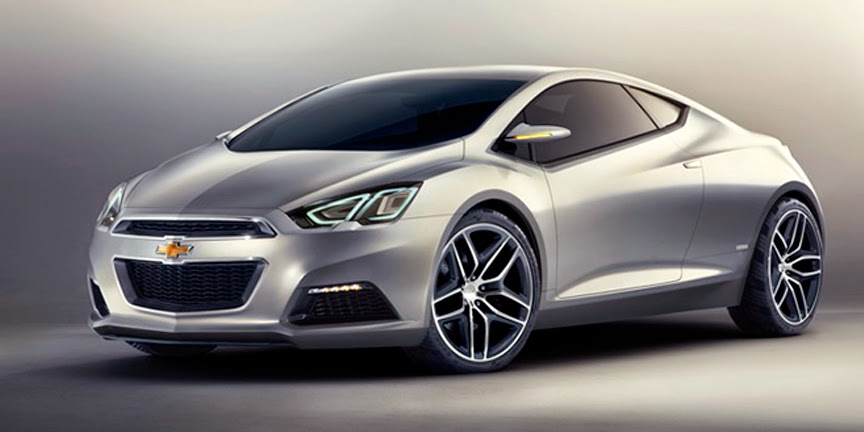 The 2012 Chevrolet Tru-140s concept.  Amazingly beautiful!  It almost looks like a miniature Lamborghini, it's so cool.  Where is it???


Increasingly, the automobile world has become more mundane with their concepts.  People will take note that the current cropping of "concepts" will appear more and more like production models.  I can only wonder that this is an attempt to make the masses think that great design is a thing of the past and the "people" must think more about "connectivity", "green" and "safety" than about what is actually desirable, worth money and attention.

Once again, "I'll never believe that, one of the most powerful manufacturers on the planet, GM, is not able to manufacture a beautiful car (of every segment) that is not only worthy of desire, but is also reliable and able to deliver relative performance and affordability"

Now, lets look at what Chevrolet is actually bringing to the people in 2014.  Mind you, this is eight years AFTER the 2006 WTCC Ultra concept. 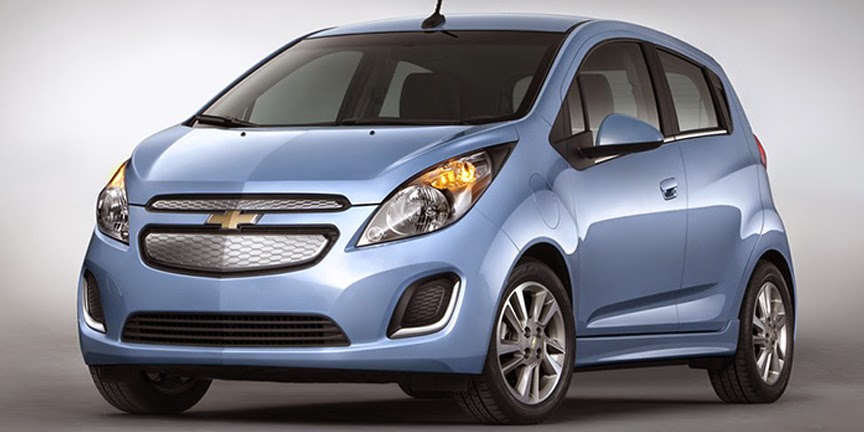 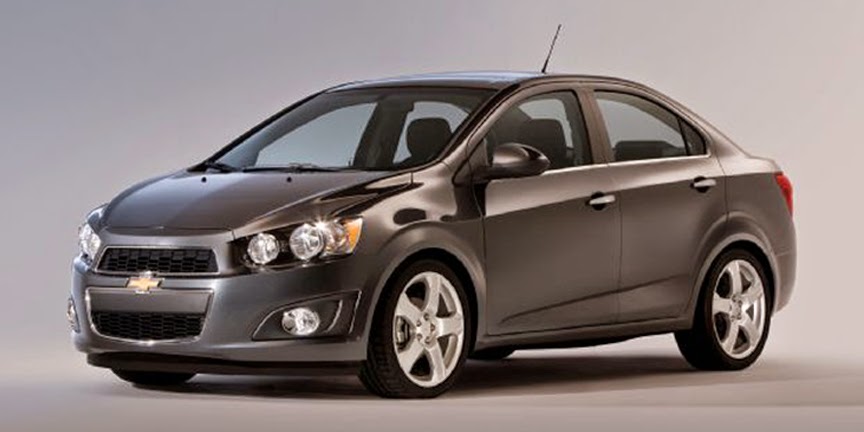 The 2014 Chevrolet Sonic sedan.  Uuug!  It almost appears as if they dragged some great designer into their studios to design the front only and they smashed it onto the previous failed Chevy Aveo!  If you happen to see some images of their Fisher-Price like instrument cluster you'll gag on vomit. 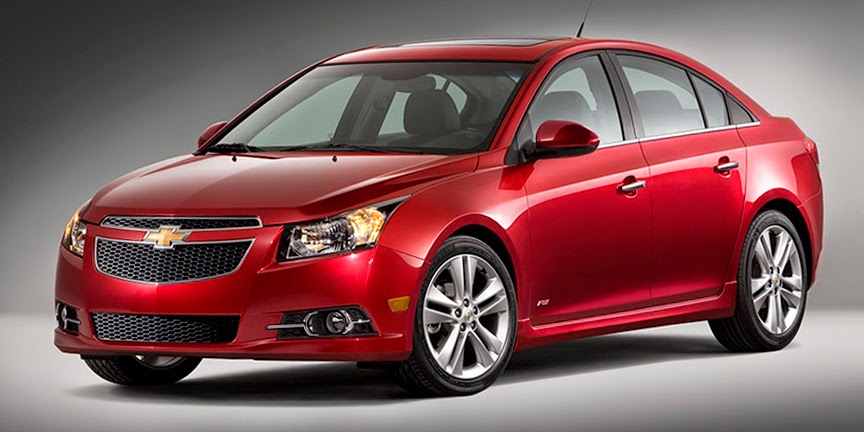 The 2014 Chevrolet Cruze.  Why GM, why so ugly!?  In an attempt to wow the current generation of electronic-dependant-brain-numb-clueless-consumers, GM misspells "cruise" in the naming of this generically bland, eye-sore. 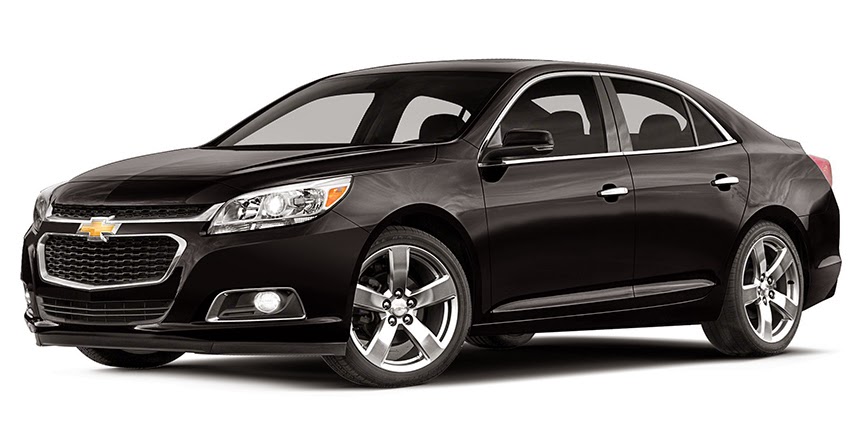 The 2014 Chevrolet Malibu.  The Malibu used to be the top-line variant of the 60s Chevelle.  It has since become its own hideously, ugly model.  Placed between the "compact" Cruze and the land-yacht Impala,  in an all but worthless segment, called "mid-size" (the "mid-size" segment, should be the "large-size" segment, in my opinion). 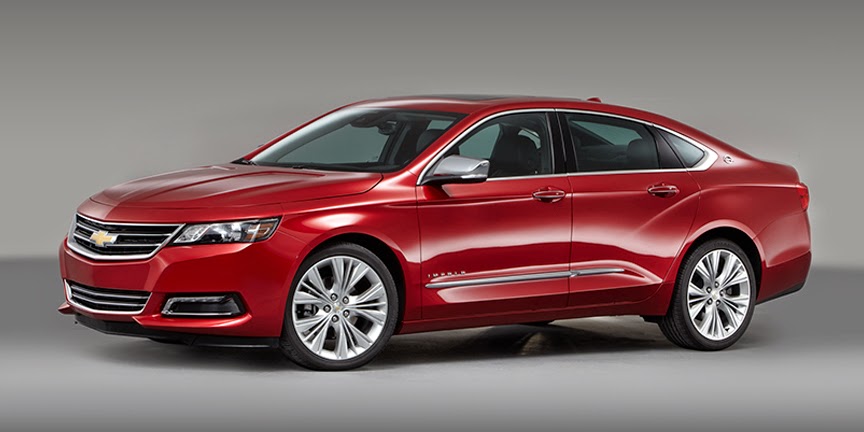 The 2014 Chevrolet Impala.  Chevy's "large-car" flagship, once a gloriously beautiful and desirable car, the Impala has been dumbed down to the current treacherously, ugly monstrosity.  The ONLY thing it has going for it, is that it's "NEW".  In the USA, all you have to do is declare that something is "NEW" and the masses will sign their life away with abandon (who cars that the previous 50+ year old Impala is infinitely more beautiful than this). 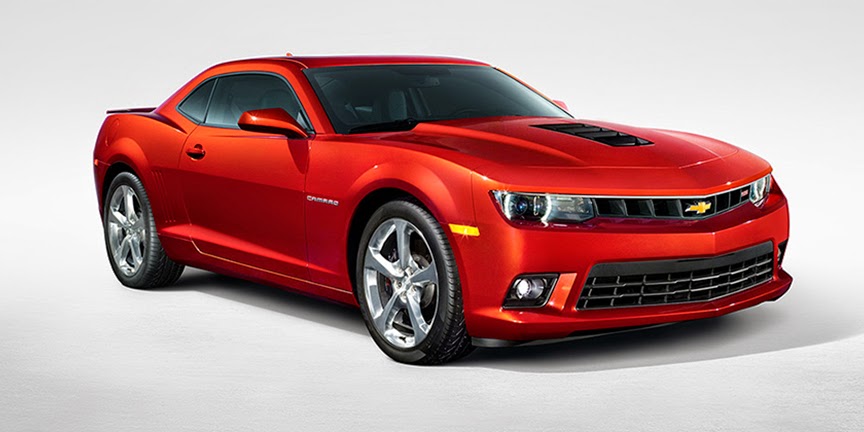 The 2014 Chevrolet Camaro.  This car has a slight amount of desire to it, and is about, the only car, GM has, that is worth money and anybody's attention.  It is about 50% beautiful.  The original Camaro was never any beauty queen,  but it (the original and the current) does have a sense of power and performance about it, which is conveyed quite successfully in the exterior design.
Posted by Mark Spencer Reynolds at 1:11 AM